These are the Ships in Hellion.

Currently in Hellion, there are two acquirable ships, which each provide their own benefits and drawbacks.

The arges is classified as a medium multipurpose vessel, offering life support systems, FTL travel, and its own individual power supply.

Its ship systems also contain an air filter and air generator for use onboard, as well as 4000 air storage. It has one turret slot close to the pilot seat, and one in the cargo bay.

An arges, whilst also having solar panels, contains a fusion reactor, which with both catalysts produces 1.5k power per second, and 500 without. It uses 0.8 HE-3 per hour, compared to 0.08 per hour for the PSM. The arges has slots for two nanite cores, and combines their health and armor together.

The arges also has RCS as a form of travel, but as well a main engine that uses hydrogen as its form of fuel, and is powerful enough to perform manual orbital maneuvers.

The arges does provide some setbacks though, such as its extremely large size, which can cause problems when docking to a station, or maneuvering carefully between debris. Its large size also comes with much more warp cell usage for equal distances compared to the steropes, making the arges more useful as a transport/cargo ship, rather than a exploration one.

The arges can hold 3 warp cells at once, has 2 solar panels and 1 fusion reactor.

The Steropes is a small construction/repair ship, offering minimal life support systems, FTL travel, and a solar based power supply.

The Steropes has only one deck, with 4 main sections, engineering, airlock prep, storage, and cockpit. The steropes has minimal cargo storage, no unit storage bay, and minimal weapon storage.

Its ship systems contain an air filtration system, but no air generator, and can hold up to 450 air units. It has one turret in the storage section.

A Steropes only has one solar panel, which provides 360 power without catalysts, but has 3 core containment field generator slots, which allows it to store 500,000 units of energy at tier 1.

The Steropes can only move using RCS, as it has no engine.

The steropes does provide benefits, such as its small size, meaning easy maneuverability through debris, and easier docking. Because of its small size, the steropes is much more warp cell efficient compared to the arges, meaning that it is better for quick exploration or a longer distance, lightly demanding trip.

The steropes can hold only 1 warp cell at once, and has 1 solar panel.

The RCS system, which is present on all ships, is used to modify rotation, pitch and yaw of a ship. It can also be used to move laterally to travel short distances, and to dock to modules as well. The RCS system uses nitro as its primary fuel source

The main engines, only outfitted on the Arges, are powerful hydrogen engines that can be used to travel great distances, or perform manual orbital maneuvers. These engines use hydrogen as its primary fuel source.

The faster than light warp system used throughout Hellion, is present on all ships currently, and enwraps the ship in a casimir bubble, bending spacetime around it to travel faster than light. This requires the use of warp cell(s) and a large chunk of capacitor power. This system allows players to travel vast distances, such as those between planets, within minutes.

These ships are not available and are listed purely for curious visitors. 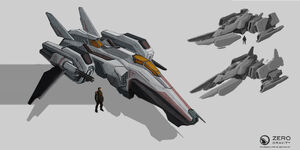 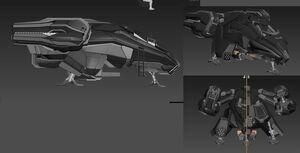 The Unnamed Fighter is a concept art ship.

From previous bits of info we got from developers it's a 1 person ship not capable of FTL.

Can be stored onboard larger vessels. 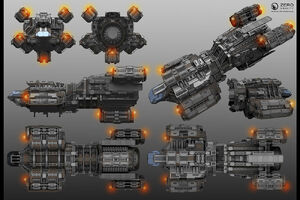 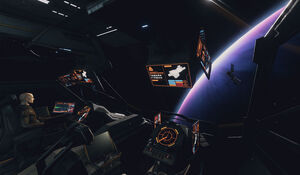 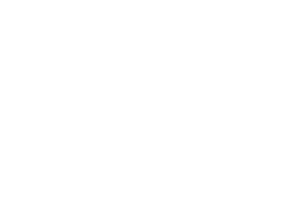 The Tamara is a concept art ship shown in early trailers.

And is speculated to be able to dock to a Cargo Bay Module.

Probably will be renamed to Brontes to match the 3 cyclops theme from greek mythology
Brontes ("thunderer"), Steropes ("lightning") and Arges ("bright")

My speculation is that it might have warp 5 speed (since the ui has space for 2 more buttons), and it has 7 warp cells. I also speculate that it will be a fix-her-up, drifting around as a derelic with little to no parts installed. Neouni